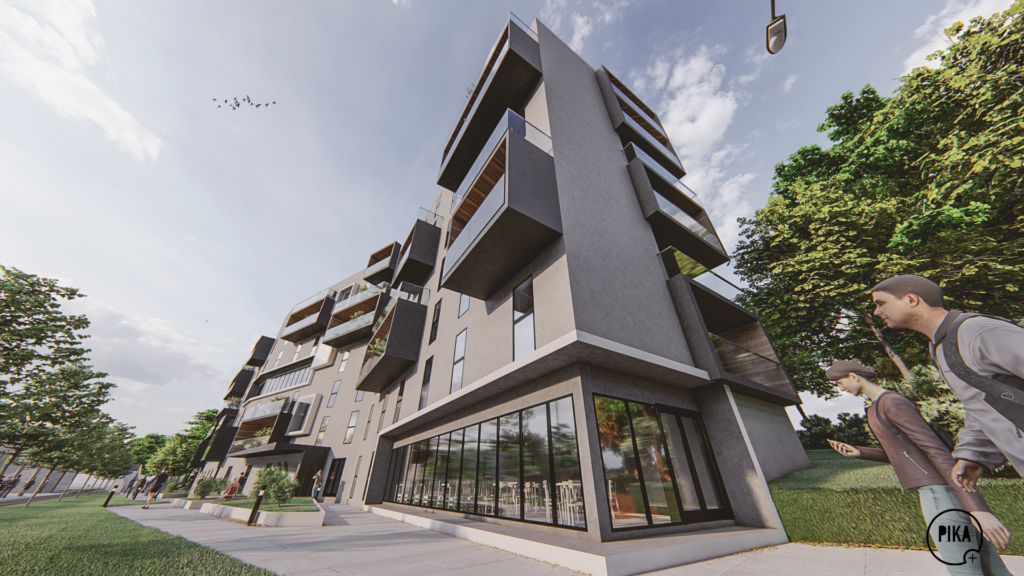 The proposed student housing building in Stolberg, Germany is a project that will be undertaken by PIKA Architects. The building will be located near the public transport, providing convenient and comfortable accommodations for students. The building will be developed through a public-private partnership (PPP) between the government and a private developer. This partnership will ensure that the project is completed efficiently and effectively, while also providing a range of benefits to the local community.
The proposed building will feature a variety of spacious and well-appointed units, including single rooms, double rooms, and shared apartments. The complex will also have a communal kitchen and lounge area where students can socialize and cook their own meals. In addition, the building will have a friendly and attentive staff who will be available to help residents with any questions or concerns they may have.
The design of the building will be modern and functional, with a focus on sustainability and energy efficiency. PIKA Architects is committed to creating buildings that are not only aesthetically pleasing, but also environmentally friendly. The building will feature state-of-the-art energy-saving technologies and materials, and will be designed to minimize its impact on the surrounding environment.
Overall, the proposed student housing building in Stolberg is a project that will benefit both the local community and the environment. It will provide affordable and comfortable accommodations for students, and will be developed in a way that is sustainable and responsible. PIKA Architects is excited to be a part of this important project, and looks forward to working closely with the government and private developer to bring it to fruition.

Having in mind the specificity of the program in sense of the
village of Jegunovce, the starting point from which the idea of the
building is being generated is the connection and the availability
towards the outside, that is, its users. Thereby, the aspects of “the
public” in space have a primary role in defining and determining
the concept and the design of the building as a whole. In that
terms, the spaces transition starting from the idea that the public
space flows through the inside of the building, generating zones
of usage of the public space – an entry hall (foyer) and
multipurpose hall – as main spaces, and service contents like
ticket office, checkroom and toilets – as a kind of “pockets”
serving the main purpose.
The base of the building, referent to its program, is the
multipurpose hall. Having it in mind as a kind of a core of the
building, together with the village of Jegunovce in terms of its
social features, the hall is a space that can function in several,
different seating compositions adjustable to the needs of its users.
As a result, the same space can be intended for events of a
different character such as municipality meetings, dancing
rehearsals, workshops or cinema. In the same time, these
transformations don’t require complex logistics and can be
performed from its concrete users. Additional quality of the hall is
the possibility of transforming it in a summer scene by the opening
of mobile partition panels on the west side of the hall. Therefore,
the area of the foyer, as well as the pedestrian area just next to
the west facade (which contains harmonica doors) become an
open auditorium.
As addition of the public space at the ground level, a public roof
as a second level (reachable through a public staircase) also
appears. This level is intended for an administration office as well,
organized around a semi opened atrium.